Pisa is another rewarding place. All the main attractions lie in the northwestern angle of the city walls, around the well-named Campo dei Miracoli (the Field of Miracles). The appearance of the cathedral and baptistery owes much to the influence of Islamic architecture, which Pisan merchants and scholars experienced through their existence trade contacts with Moorish Spain and North Africa. 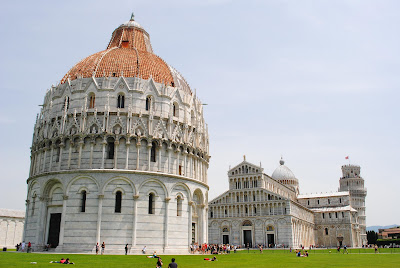 The Duomo, built netween 1068 and 1118, is one of Italy's major monuments and contains one of its greatest scultures, the magnificent pulpit by Giovanni Pisano. 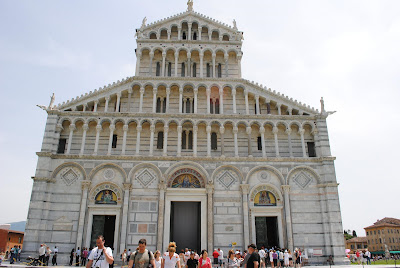 The Battistero (baptistery), built in the same Pisan Romanesque style as the cathedral. has another fine pulpit, sculptured in 1206 by Giovanni's father, Nicola. 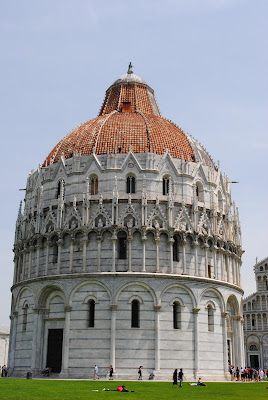 The gleaming marble surfaces of the buildings are covered in arabesques and other ornamentation, as densely patterned as an oriental carpet. 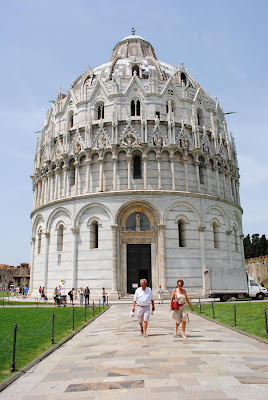 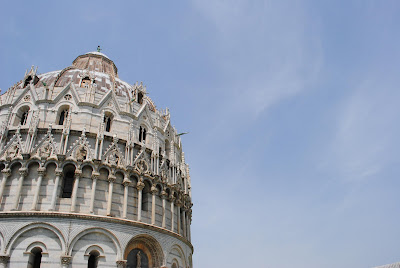 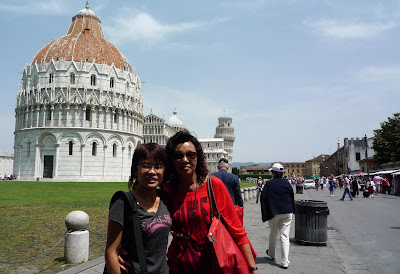 The Campo Santo monumentale (monumental cemetery) lies at the northern edge of Piazza del Duomo (the Cathedral Square). It is a walled cemetery, which is claimed by many as the most beautiful cemetery in the world. 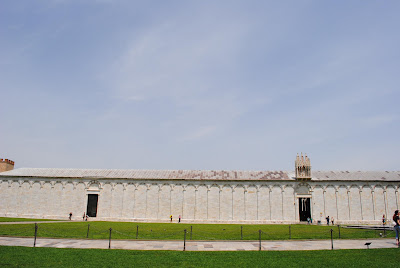 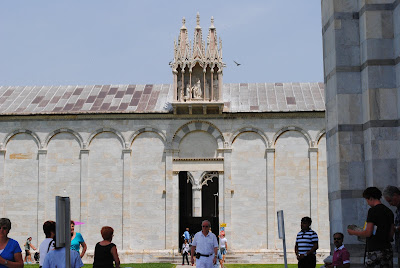 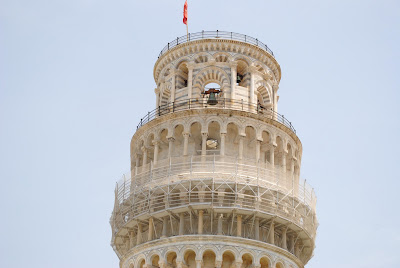 in 2001, after more than a decade under wraps to halt the dramatic tilt, the iconic Torre Pendente (Leaning Tower) reopened to public. Visit are now limited to 30 people at a time. 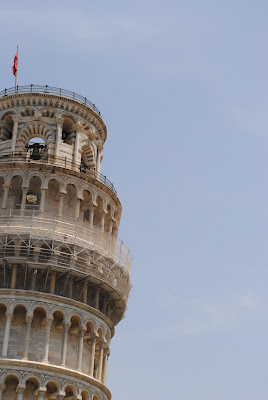 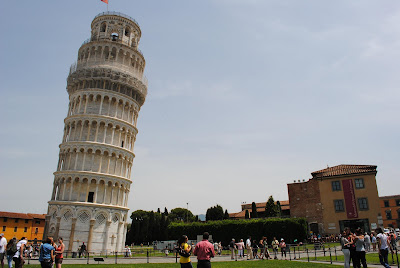 An obligatory picture of Mum fixing the leaning tower 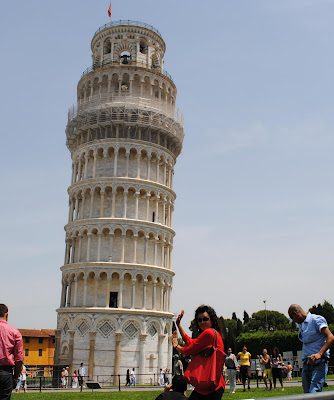 Mine doesn't look so good anyway 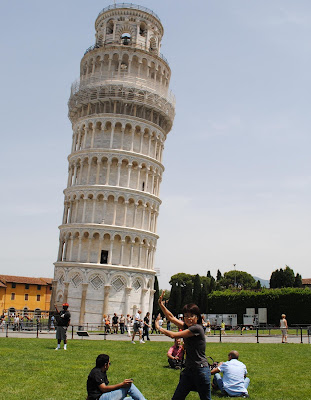 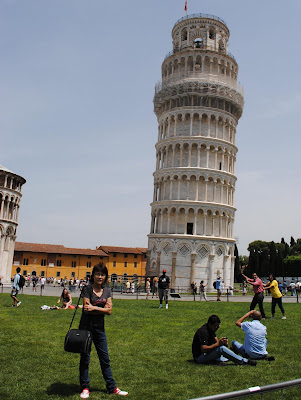 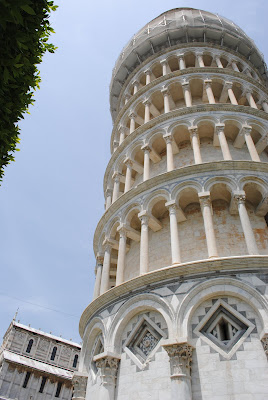 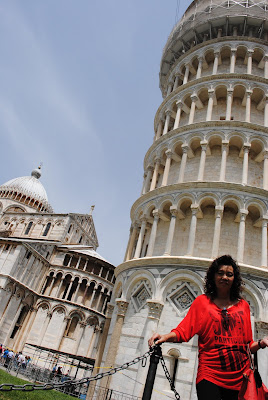 Built in 1257 by Giovanni di Simone, the Spedale Nuovo di Santo Spirito (New hospital of Holy Spirit) is located on the southest edge of the square 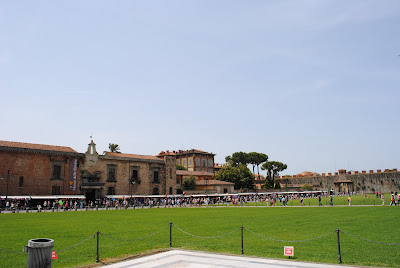 The building of the old hospital 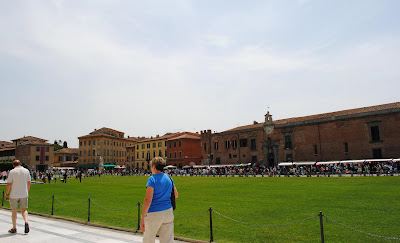 Mum and I had panini for lunch 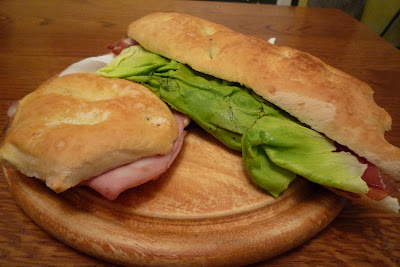 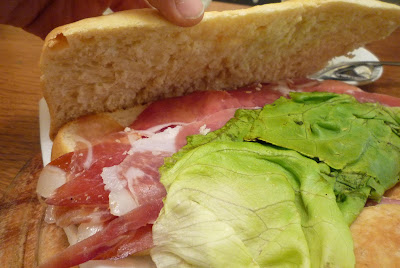 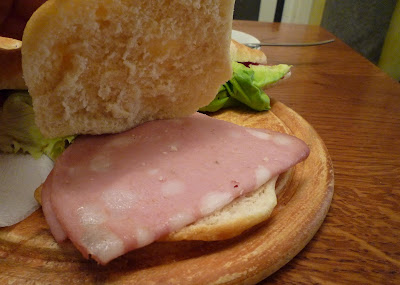 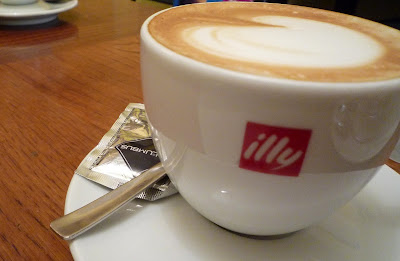 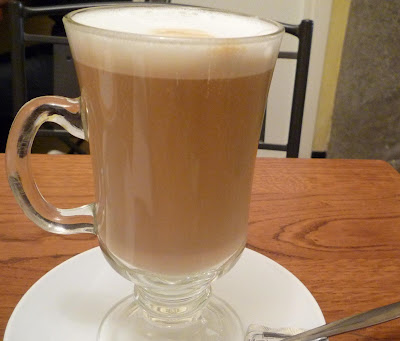