After breakfast, we spent the next few hours at Landmark Square, one of the most prominent shopping complexes in Central. Branded outlets which line along the Queen's Road Central are the main attractions for local shoppers and tourists like us. We dashed in for the latest fashion which is not yet available in Malaysia.

Our hands were overloaded with shopping bags before we finally decided to call it a day. We hopped on the tram to Wanchai to hunt for good food. Our target this time was Wing Wah Noodle House in at Hennessy Road in Wanchai. 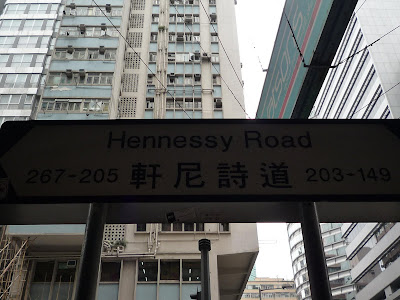 Wonton noodles appeared to be a staple here. The noodles are made using a special technique inherited from the forefathers. The dough is being pressed by a bamboo pole repeatedly to produce a springy texture. This technique requires a man to hop up and down on the bamboo pole which sounds to be quite a tough job to many noodle makers. 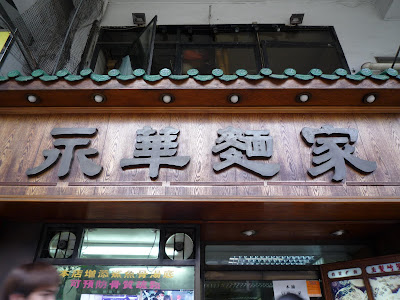 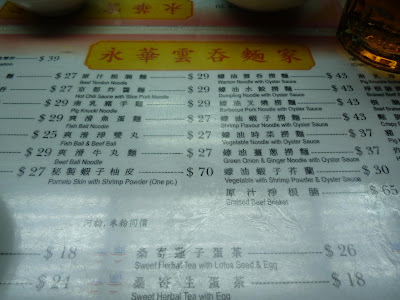 We had one of the usual soup versions which is more commonly known as 'Sai Yoong' by the Hongkies.  It is served in the traditional way where noodles are placed on top of a glass spoon with a few wonton dumplings at the bottom.  We also tried the dry version with the shrimp roes on top, also known as Har Ji Meen in Cantonese. The noodles appeared to be thinner than our Malaysian wonton noodles, with a strong presence of alkaline water. It possesses a springy texture and it goes very well with the soup base that is made of 'Tai Tei Yu'. This fish is burned over a charcoal fire till crispy and fragrant before being added into the soup. The fragrance of the fish is infused into the soup and this gives a natural sweetness to the soup. 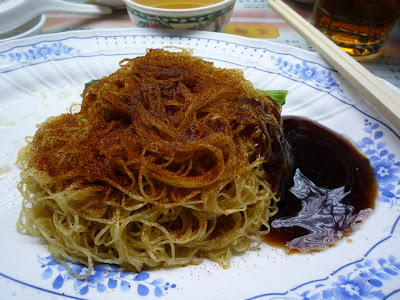 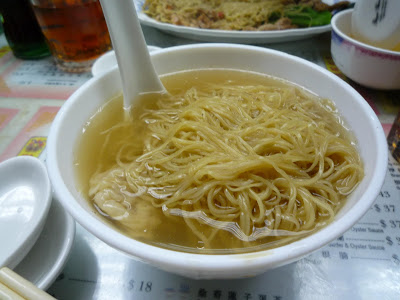 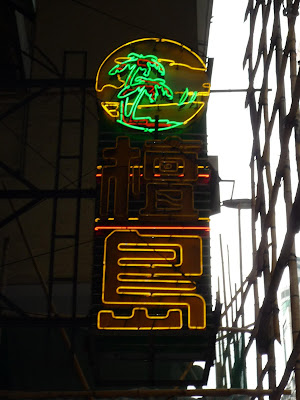 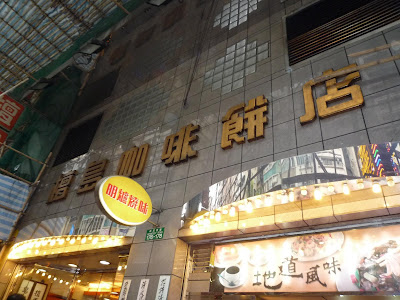 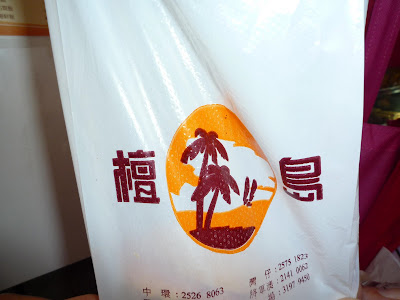 We were so lucky as we arrived in time for another batch of egg tarts had just come out from the oven. We grabbed one which was still piping hot and the custard was wobbling from side to side. 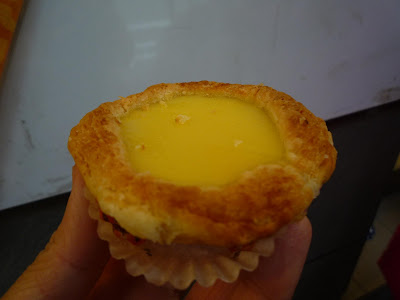 This egg tart has a flaky pastry and it resembles those we usually get in our local dim sum joint. 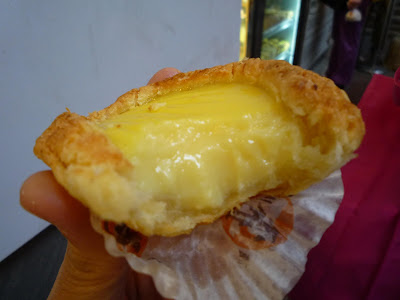